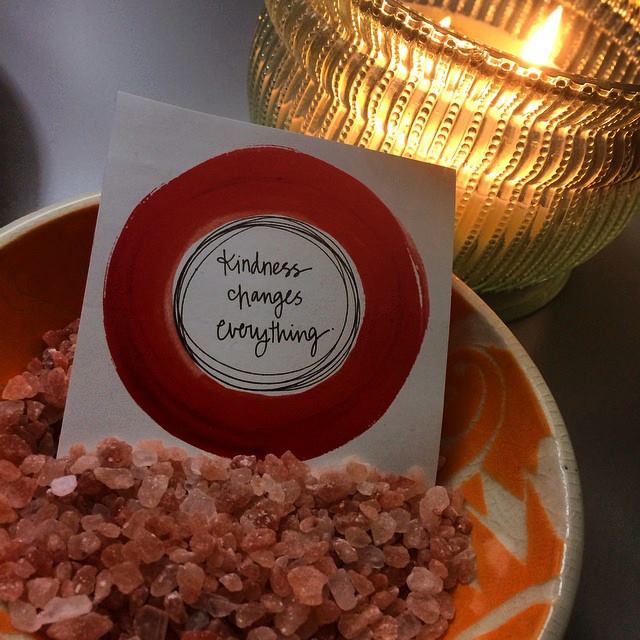 Most of us have words that make us cringe, for one reason or another. It might be me a word that reminds you of something unpleasant, or that brings up a bad memory. For me, as a therapist, my cringe list consists of sneaky words that are a lot more harmful than they seem.  We live in a culture that is saturated in shame, where somehow it is believed that shame will motivate us to accomplish things.  The words on this list represent ways that shame sneaks its way into our narratives.

Aside from the obvious no-nos, like “should” and “perfect,” here are the other four words that have no place in my vocabulary:

There is no word more invalidating than Just. In one small syllable, Just swoops in, reduces worth and steals importance. “Just do it” may seem like an inspiring slogan to some, but to others, it says “your struggle isn’t real.” When someone struggling with depression is told to “just cheer up,” or someone suffering from anorexia is told to “just eat this meal,” what they hear is “it’s your choice,” when that couldn’t be further from the truth.

We also often use Just to devalue your own worth, without even knowing it. How many phone calls have you started with “Hi, it’s just me”? How often do you sheepishly pop your head into your boss’s office with a meek, “I just have a question”?
In these situations, Just completely undermines us. It tells the person on the other end of the phone to be disappointed that you’re not someone else. It tells your boss that you’re not worthy of a full conversation. Just is kind of a bully, if you ask me!

Potential is one of those negative words masquerading as a positive go-getter. But really, Potential’s sole purpose is to say “You could be/do/achieve this, but you’re choosing not to.” Ever passive aggressive, Potential goes around pretending it’s saying how great you could be, but it’s really just telling you that you you’re not and that it’s your fault.

Think about a classroom, where Potential is a teacher’s way of telling a parent their child is not performing– “He has potential, he’s just not using it” is at once non-committal and accusatory.

Potential is like the mean girl of the dictionary.

More often than not, Lazy is used as a catchall to describe someone who’s not doing what they “should.” It’s Just’s mean older brother– if you don’t just do it, you’re lazy.

Lazy is such a negative word, even when used to describe something positive. A tranquil Sunday spent doing nothing can be relaxing and incredibly healing, but when someone asks what we did on the weekend, we brush it off as a “lazy Sunday”– we slap it with the rubber stamp that says UNPRODUCTIVE and acknowledge that we did something “naughty.”

But sometimes spending a whole weekend in bed is part of a depressive episode, rather than a choice to “laze about.” Sometimes work piles up because an anxiety attack makes completing a task impossible.  And you know what?  Spending a day being “lazy” can be just what the therapist ordered – it can  be restorative and productive, because taking care of ourselves should be a priority, no matter what shape it takes.

Lazy can be a dangerous label that, before long, can lead to more harmful identifiers like Worthless.

Perhaps the most harmful on the list is the holier-than-thou Willpower.

In our society, self-denial is holy and restricting yourself makes you a saint. You can– no, you should– say no to that pasta. Gather all your might, AKA Willpower, because rejecting the pasta will make you a better person. The only problem is that turning down that pasta usually makes you nothing more than dissatisfied (and maybe hungry).

I’m not saying you need to give into your every whim and have (or do) whatever sounds good in the moment. What I’m saying is that despite its name, Willpower actually takes all of the power from you and places it on the forbidden food. If you truly want that pasta, it’s much healthier to have it now and enjoy it than it is to deny yourself on the basis of some principle and spend the rest of the day thinking about it and giving it power over you. It’s only noodles!

Willpower is so prevalent in our thigh gap, selfie society, that we must be careful not to let take control or it can lead to the very dangerous path of disordered eating.