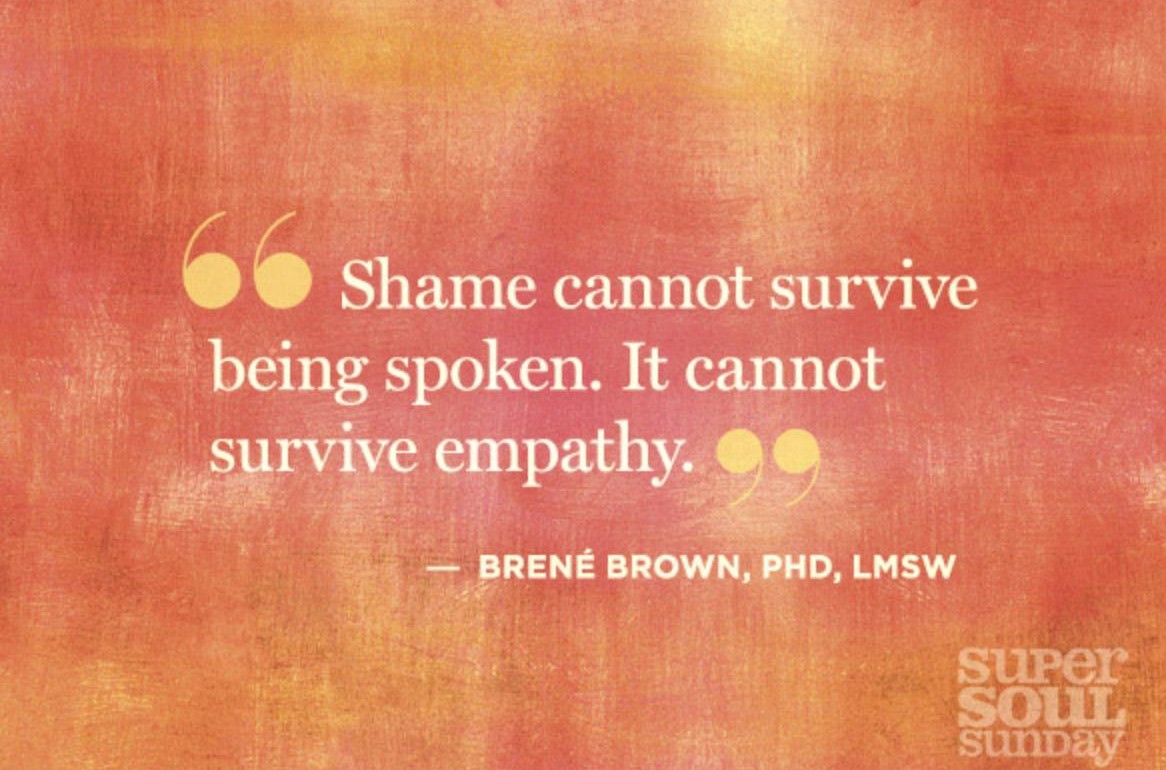 The Power of Naming Shame

Guilt is a difficult emotion we’re all familiar with. But how often do we say “I feel guilty” when we really mean something else?

The definition of guilt is “a feeling of responsibility or remorse for some offense, crime, wrong, etc., whether real or imagined.” The remorse and regret you feel after doing something that hurts someone is productive; it reminds you to be kind, ask for forgiveness and move on. But when we say “I felt guilty after eating all of those cookies” or “I felt guilty saying no, but I don’t have time to help her move” what crimes are we committing? I don’t know about you, but I’ve never heard of anyone being arrested for eating treats or saying no to a favour.

We tend to throw the word “guilty” around so lightly because it’s a much more palatable than what we really mean– shame. Shame is a lot more personal than guilt. It isn’t about knowing we have done something bad; it’s about believing that we are bad because of what we have done. Shame allows the things we do, say and think to determine our worth and the more of it that builds up, the less we think of ourselves.

Naming our shame can be scary at first. It’s not so hard to say that you feel guilty for eating lots of cookies, which implies that you made a choice you regret and did something we all do from time to time. It’s much more difficult to say “I am ashamed of how much I ate, because I believe that overe
ating and gaining weight will make me a worse person.”

Talking about our shame makes us vulnerable, but in a safe place with someone we can trust, this vulnerability is the key to healing. When we name our shame out loud, it becomes less and less powerful until it’s just a word like any other. Instead of using the word “guilt” as a catchall for the bad feelings, find what’s really weighing heavy and bring it to the surface. It’s only when our shame is exposed that we can start tearing it down.